© Licensed to London News Pictures. 23/06/2016. LONDON, UK. The parents of Jack Letts: John Letts (not pictured) and Sally Lane (pictured) arrive at the Old Bailey charged with terrorist offences. Both have pleaded not guilty to three counts of making money available knowing or having reasonable cause to suspect that it may be used for a terrorist purpose. Mrs Lane is charged with two further counts of attempting to provide money knowing it may be used to fund terrorism, and has pleaded not guilty to both. Photo credit: Vickie Flores/LNP 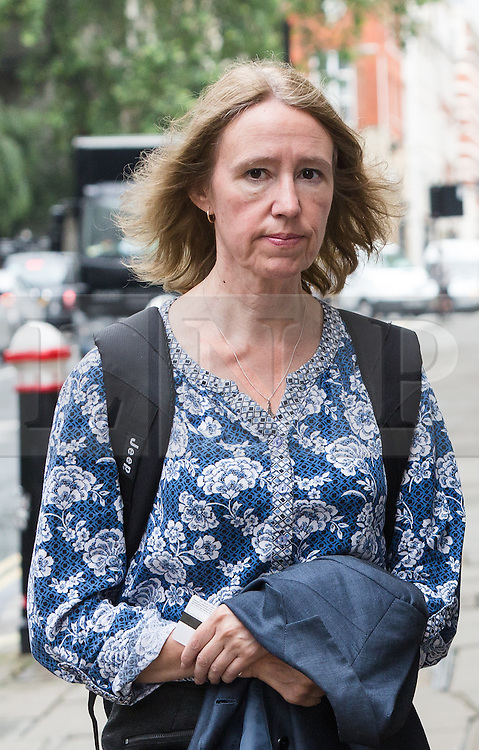