© Licensed to London News Pictures. 28/04/2017; Bristol, UK. Red circle highlighting a gas BBQ in the rear of the van, believed to have been carrying the gas canister which exploded. It is believed the driver was going away for a "rugby weekend" and had earlier loaded a gas barbeque into the van. Damage to a van caused by an exploding gas cylinder in the Redland area of Bristol this morning. A man was taken to hospital to be treated for his injuries after an explosion in a van. Photo credit : Simon Chapman/LNP 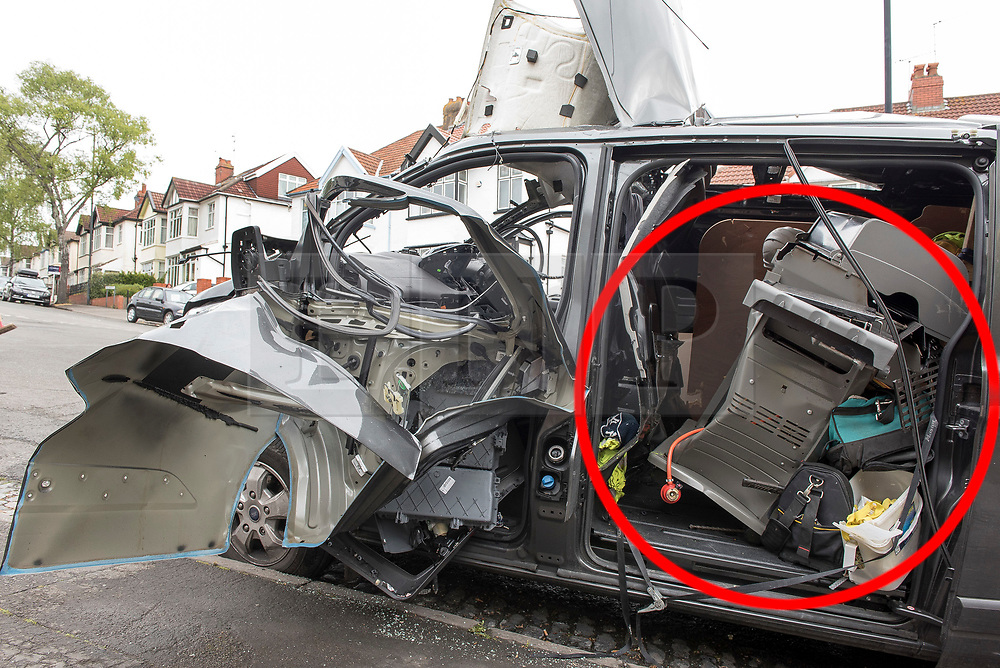