© licensed to London News Pictures. 22/04/2011. Bristol, UK . Hundreds of protesters stormed a controversial Tesco store only days after it opened, causing tens of thousands of pounds worth of damage and injuring eight police officers. It came after police had raided a nearby squat at the centre of a campaign against the supermarket giant. Four people where arrested on suspicion of plotting a firebomb attack on the new shop. Photo credit should read Jonathan Taphouse/LNP 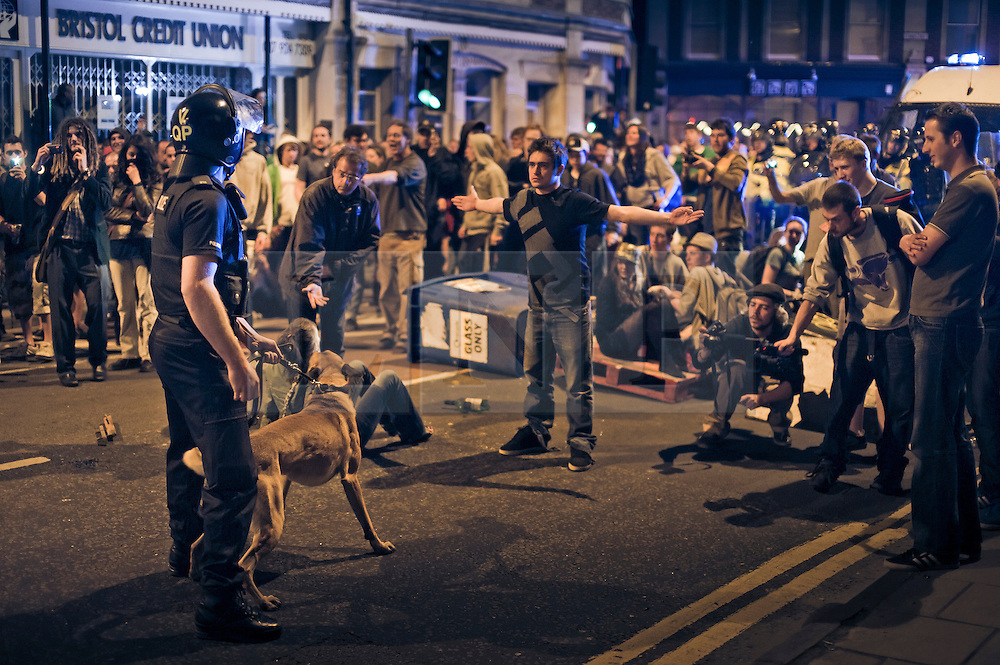