© Licensed to London News Pictures. 08/04/2018. London, UK. A general view of Reardon House in Wapping, Tower Hamlets, where it is alleged that a local election candidate was beaten over the head by a gang armed with a metal pole while he was out canvassing. Abdullah Al Mamun, a candidate for the Independent Aspire Party who is running for councillor, says he was knocking on a door on the landing of Reardon House on Friday 6th April at about 5pm when he was repeatedly struck over back of the head with a metal pole resulting in major trauma and injury to his head requiring hospital treatment and ten stitches. The Aspire Party is led by Ohid Ahmed, the former deptuty to former Mayor of Tower Hamlets, Lutfur Rahman. Photo credit: Vickie Flores/LNP 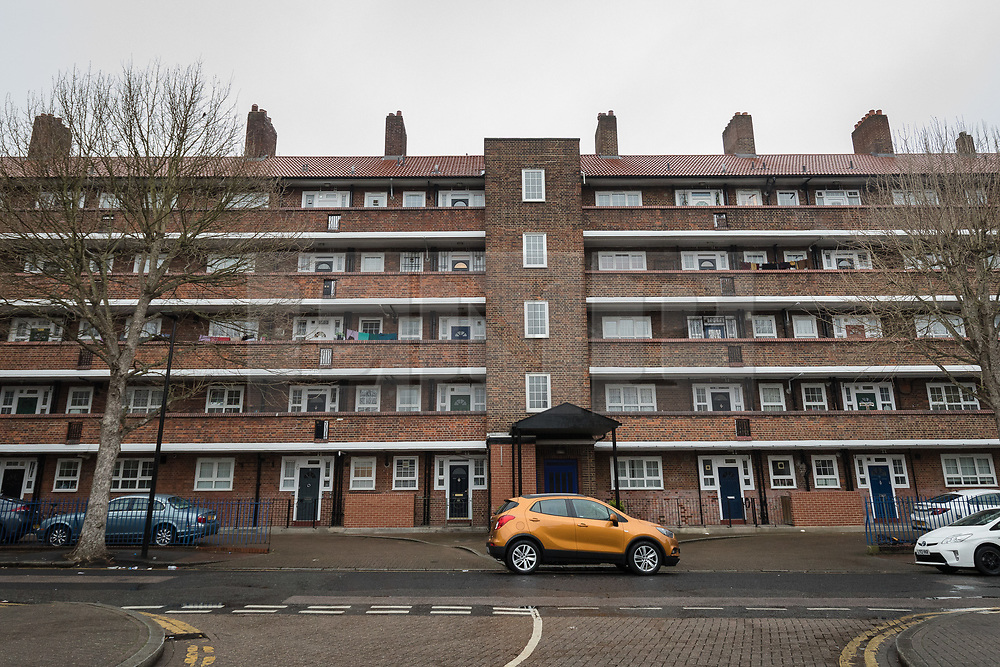