© Licensed to London News Pictures. 14/11/2016. London, UK. A cat belonging to Julian Assange, wearing a label with "james" written on it, sits in the window of the embassy after Swedish officials arrive at the Ecuadorian Embassy in London where they are expected to interview WikiLeaks editor-in-chief, Julian Assange. Assange, who has been living at the embassy for over four years, is wanted for questioning over accusations of rape in Stockholm in 2010. Photo credit: Ben Cawthra/LNP 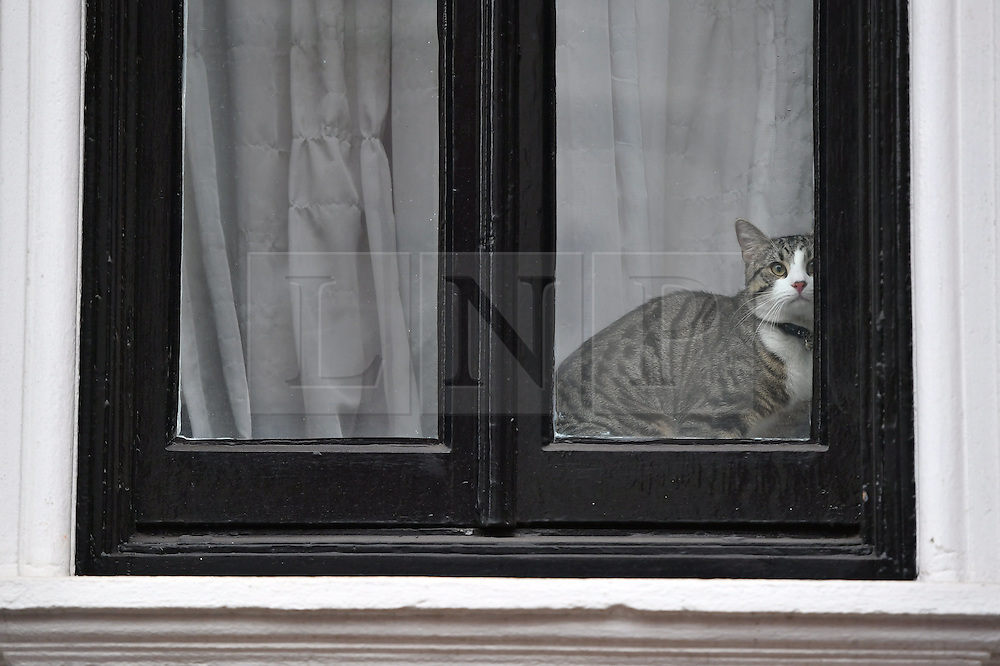