© Licensed to London News Pictures. 23/01/2020. London, UK. Police outside a residential property in Waverley Avenue, Chingford, where a woman aged in her 60’s was found by police last night suffering from head injuries and was pronounced dead at the scene. Officers were called at 2335hrs on Wednesday, 22 January, to a report of a disturbance at an address in Waverley Avenue, E4. A man, aged in his 20s, was arrested at the location and taken into custody at a north London police station. Enquiries are underway to establish the full circumstances. Officers believe the deceased and the man arrested were known to each other. Photo credit: Vickie Flores/LNP 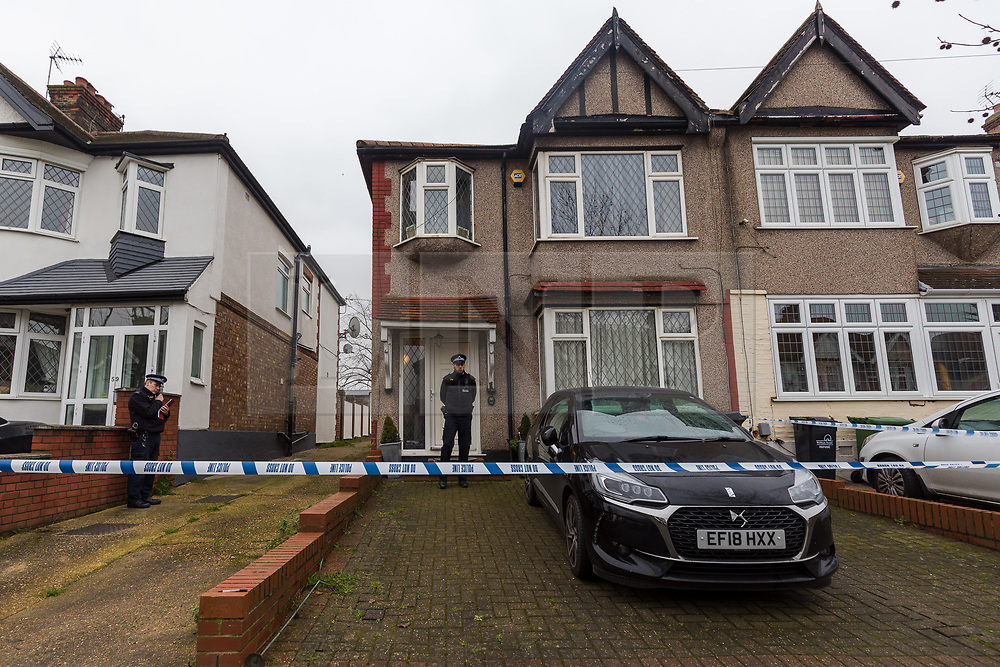