© Licensed to London News Pictures. 17/12/2015. Wraxall, North Somerset, UK. The Princess Royal, PRINCESS ANNE, pictured with Anthony Bush the founder of Noah's Ark Zoo Farm holding an elephant tusk that fell off elephant Janu, opens ‘Elephant Eden’ and elephant play zone at Noah’s Ark Zoo Farm in Bristol. HRH The Princess Royal officially opened the 20 acre Elephant Eden habitat – the largest of its kind in northern Europe. Described as a “five star hotel for elephants” by international elephant management specialist Alan Roocroft, Elephant Eden saw the arrival of its first African elephant in 2014 and has had finishing touches to the complex completed this year along with the arrival of further elephants. Now home to two characterful bull elephants Janu and M’Changa, Elephant Eden has been celebrated as offering welfare improvements to the industry and has been used as a helpful model for other collections to base their own building plans on, including international zoo colleagues from as far afield as Japan.
Noah’s Ark will also unveil its new Elephant Play Zone for children next to the elephant barn, which will include an impressive 4m high scale model elephant with built-in slide.
Photo credit : Simon Chapman/LNP 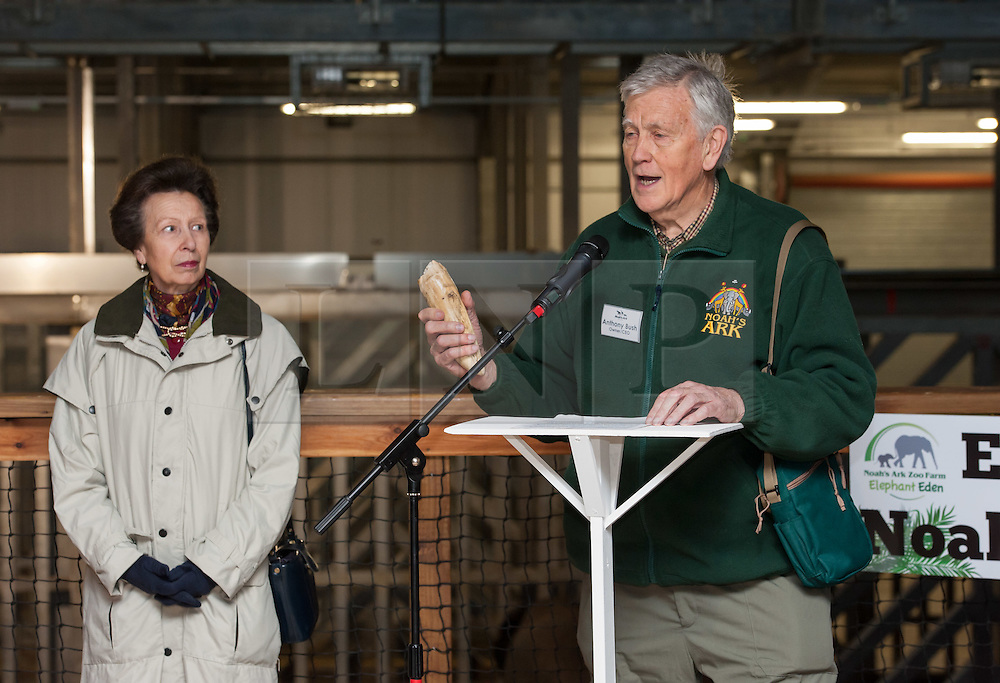