© Licensed to London News Pictures. 03/02/2020. London, UK. A policewoman gathers evidence inside the Low Price Store on Streatham High Road the day after a terrorist stabbed two people before being shot dead by police. Sudesh Amman, who was released from prison recently for terror offences, was under active police surveillance at the time of the attack - which police think was an Islamist-related terrorist incident. Photo credit: Peter Macdiarmid/LNP 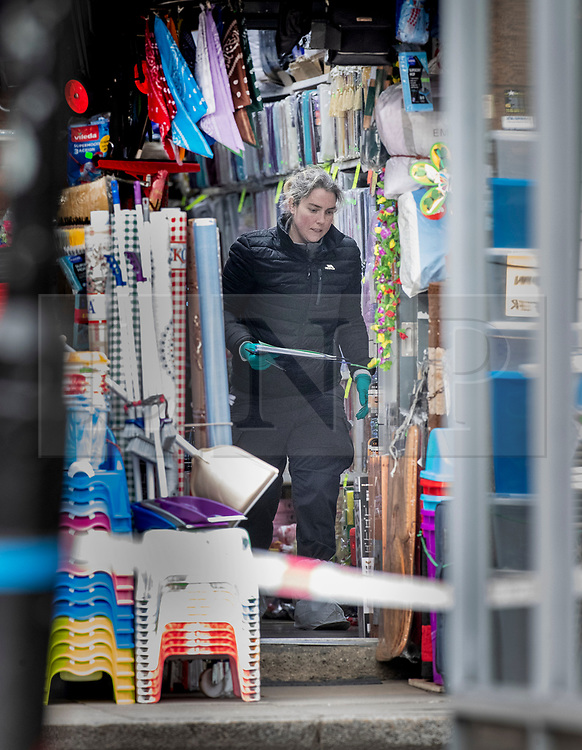