© Licensed to London News Pictures. 04/01/2016. Long Ashton, North Somerset, UK. A Police Forensics officer searches by a cashpoint and the front of the Post Office in Long Ashton near Bristol which has been destroyed in what is thought to have been a robbery using gas to blow up the cashpoint which happened about 3.30am today. Cash has been taken and three people have been arrested and are being held on suspicion of causing an explosion with intent to endanger life. There have been up to a dozen other similar attacks on cashpoints in the Bristol area in the last year or two. Photo credit : Simon Chapman/LNP 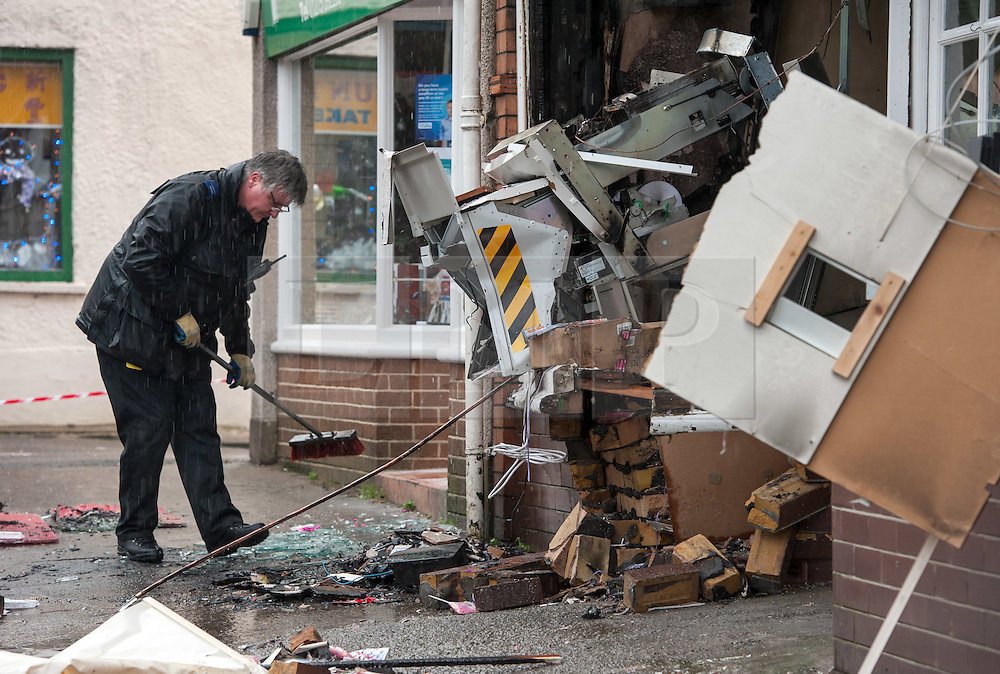