© Licensed to London News Pictures . London , UK . Siddhartha Dhar (L holding a sign that reads " What are you dying for , £15k ? ") during a scuffle with police at a Muslims Against Crusades demonstration on Exhibition Road in London on the anniversary of Armistice Day in London , on November 11, 2010. There has been speculation that Siddhartha Dhar is this the new 'Jihadi John', who appeared in a recent ISIS video. . Photo credit : Joel Goodman/LNP 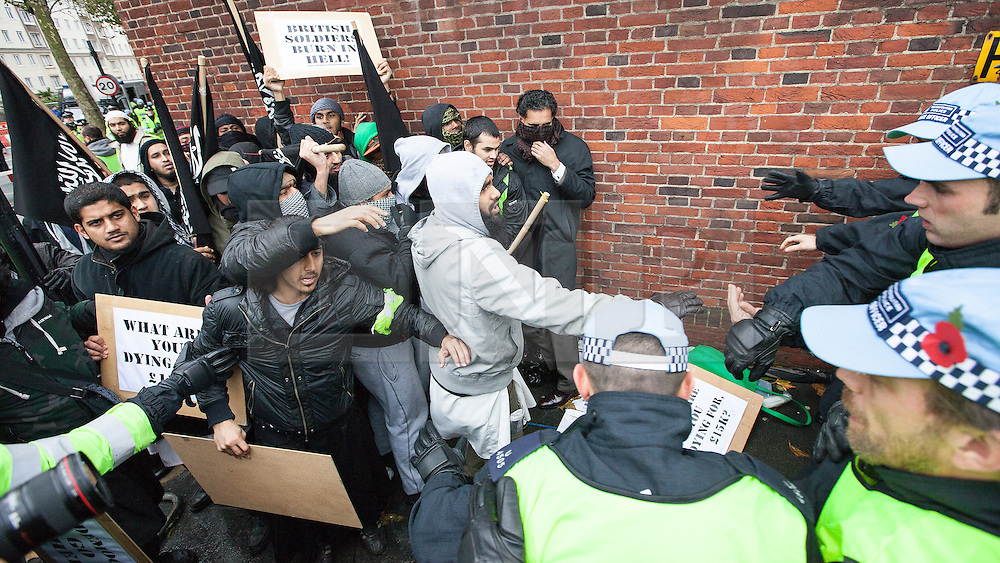