Toy Maker Worlds Apart launched their latest innovative 2-in-1 rocking and ride on toy called the Rock 'n' Rolla at the London Toy Fair today. Former TV Apprentice star Saira Khan helped to launch the toy by having a Rock 'n' Rolla Derby race with her son Zac and three other toddlers. The toy which is made up of an inflatable animal shape with a plastic base and detachable wheels has been a big hit with both parents and kids visiting the show at the Kensington Olympia, west London..Photographer: Lee Durant.Date: 25/01/11 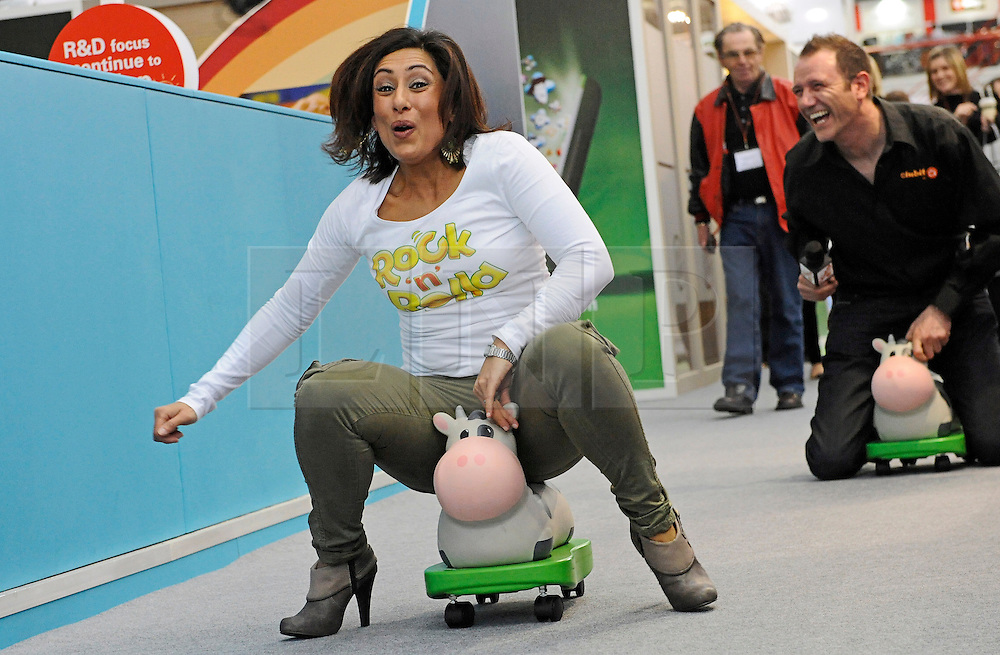