© under license to London News Pictures. 21/11/2010: FILE PICTURE. (A candlelit vigil at Manchester's Sackville Park's Aids Memorial 30/08/2010) In an interview, published in a new book, the Pope has relaxed the Catholic Church's stance on condom use as a first step in preventing the spread of HIV. This, 10 days ahead of "World AIDS Day", on 1st December, when many will gather to raise awareness of HIV and in memorial of its victims, past and present. Picture credit: Joel Goodman/London News Pictures 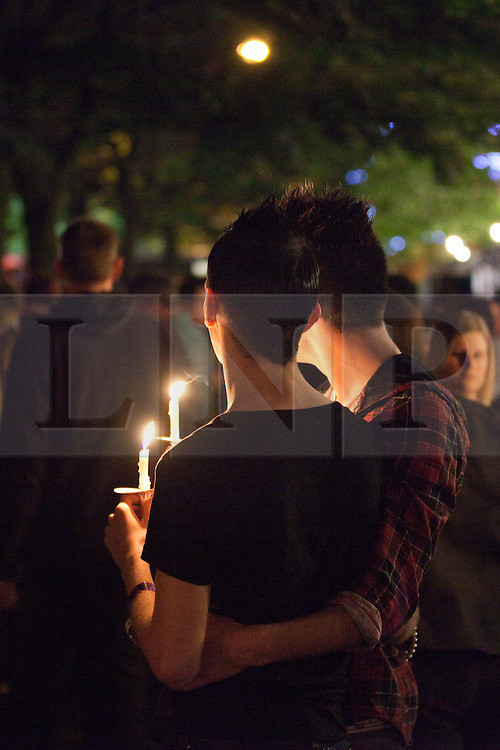