© Licensed to London News Pictures. 16/03/2012..Saltburn Pier, Saltburn, Cleveland..The 50 foot knitted Olympic scarf depicting athletes taking part in various sporting activities and which appeared mysteriously on the Victorian pier at Saltburn recently has had some of the figures ripped from the scarf in an act of mindless vandalism...The Teddy Bears picnic, one of the first knitted displays to appear on the upper promenade was also vandalised and had two of the knitted figures ripped from the display...A local resident has made it known on a Facebook forum that they found the items lying on the floor around the display and have held onto them for safe keeping until they can be repaired...Many of the figures however still remain as part of the display on the pier...Photo credit : Ian Forsyth/LNP 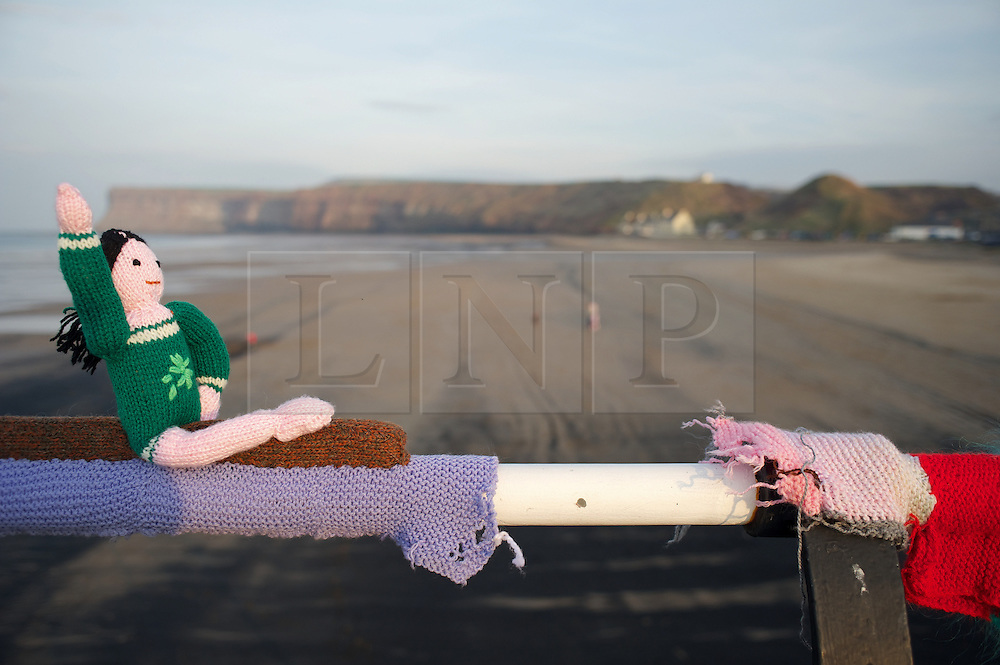