© Licensed to London News Pictures. 03/06/2016. Woking, UK. Doreen James (L) and Des James (R) leave Woking Coroner's Court. A second inquest into the death of army recruit Private Cheryl James has announced its verdict today. Coroner Brian Barker QC has ruled the death of Private James was caused by a "self-inflicted" wound. Cheryl was found dead with a bullet wound to her head in November 1995. Aged just 18 she was one of four young soldiers who died at the Deepcut Barracks in Surrey between 1995 and 2002, amid claims of bullying and abuse. Photo credit: Peter Macdiarmid/LNP 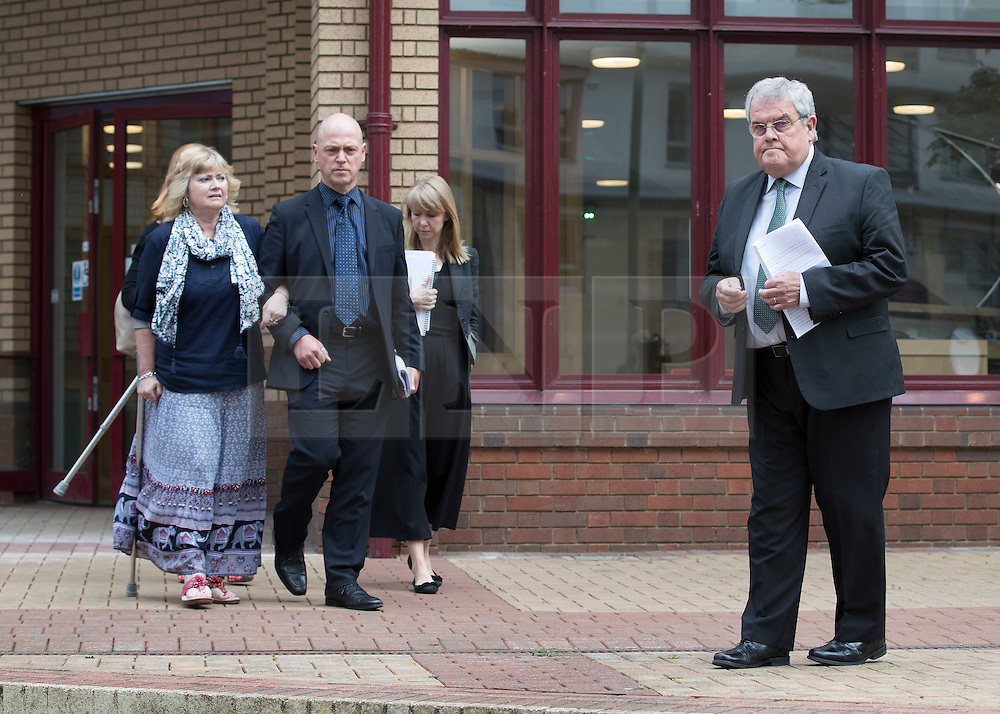