© Licensed to London News Pictures. 21/02/2013. THAME, UK . General view of the scene in Greenway, Thame, where a woman died following a house fire. Oxfordshire Fire and Rescue were called at 3:25pm yesterday (Wed 20th) and on arrival were confronted with a fire in the living room of the property and heavy smoke throughout. Firefighters wearing breathing apparatus quickly extinguished the fire and located the occupant but were unable to save her. The cause of the fire is being investigated and a number of pets are also though to have died. Photo credit: Cliff Hide/LNP 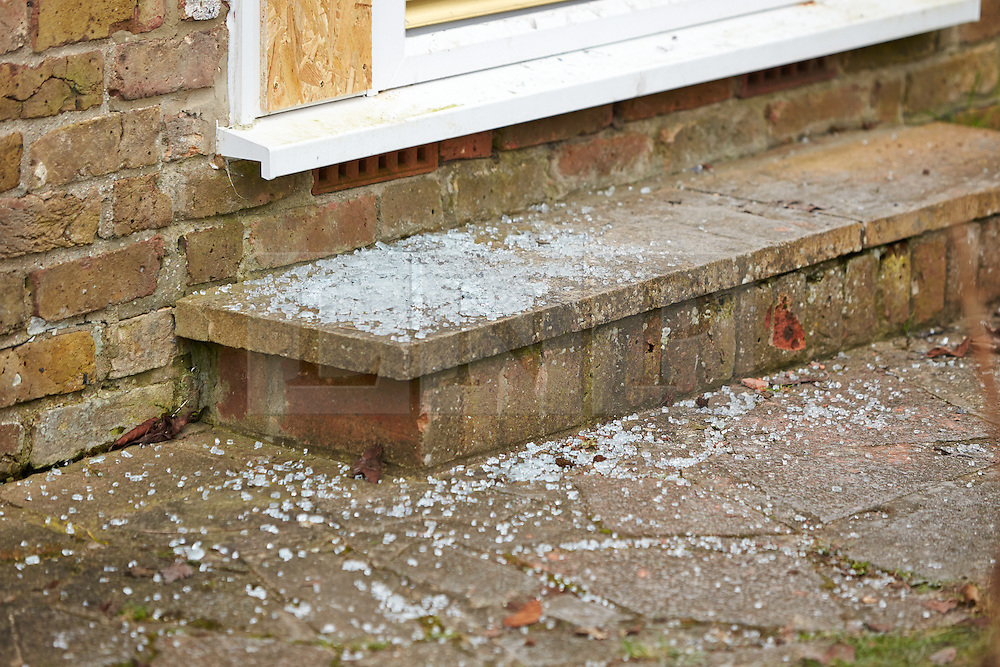