Inquest in to the death of Alexander Litvinenko

© London News Pictures. 02/11//2012. London, UK. Marina Litvinenko, the wife of former KGB agent Alexander Litvinenko arriving at Camden Town Hall in London for a pre inquest hearing in to the death of her husband in 2006. Mr Litvinenko, 43, an ex-KGB agent who ?ed to Britain in 2000, was allegedly poisoned by radioactive polonium-210 while drinking tea during a meeting with former security colleagues at the Millennium Hotel in London in 2006. Photo credit: Ben Cawthra/LNP. 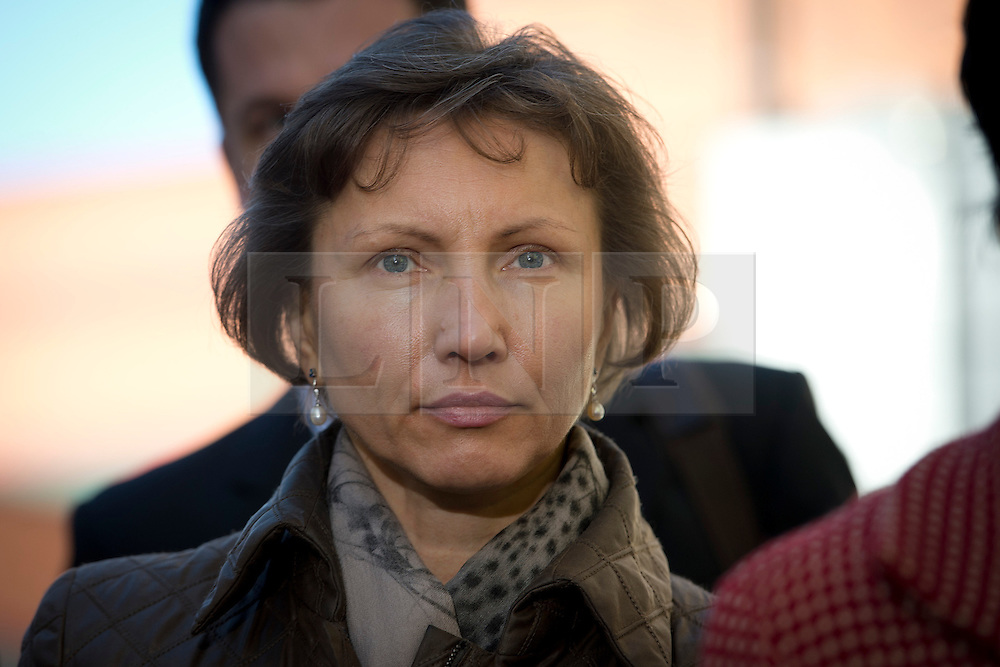