©Licensed to London News Pictures. 29/12/2011, Gaza. .Palestinians survey an Islamic Jihad training camp damaged by an Israeli air strike in Gaza December 29, 2011. The Israeli army confirmed that it targeted two sites in Gaza, including the training camp, and added that the strikes were carried out in response to the firing of rockets from Gaza into Israel on Wednesday. No injures were reported in Gaza.. Photo Credit: Ali Jadallah /PNC/LNP 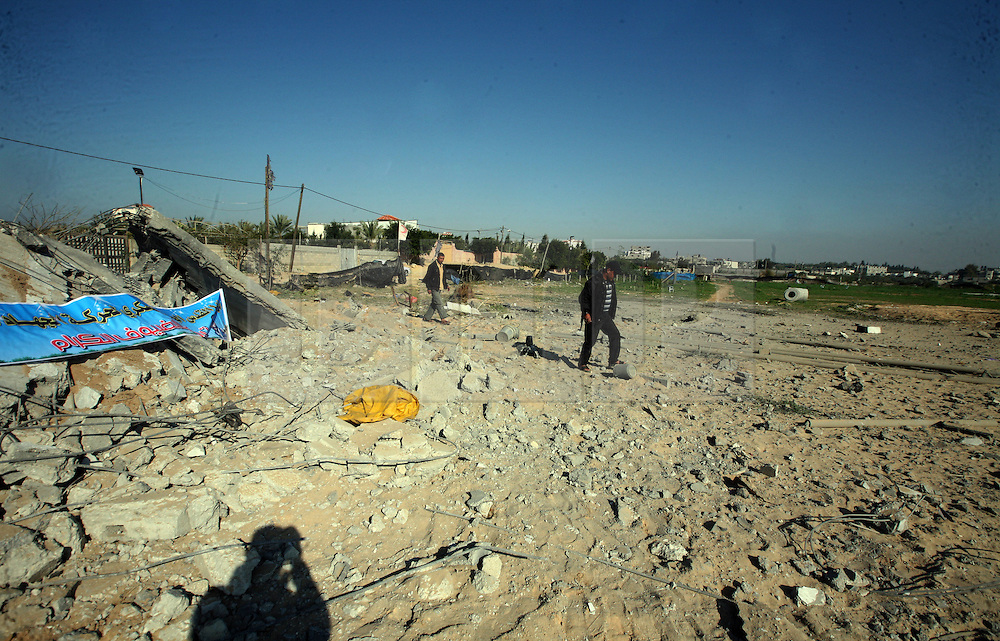