© Licensed to London News Pictures. 25 December 2012, London, UK. The 1970's built concourse on the south side of King's Cross Station is being demolished, today 25th December 2012, to make way for a new public space to be known as King's Cross Square. The section of canopy that extended to the kerb-line of Euston Road could best be removed when there were no rail passengers about. J Murphy & Sons Ltd as contractors to Network Rail decided to utilise Christmas Day when both King's Cross and St Pancras mainline stations and the London Underground station were closed to carry out this work. It was also a day on which TfL would permit the closure of two lanes of Euston Road. AR Demolition Ltd was the specialist subcontractor used by Murphy. Photo credit : Patrick Shaw/LNP 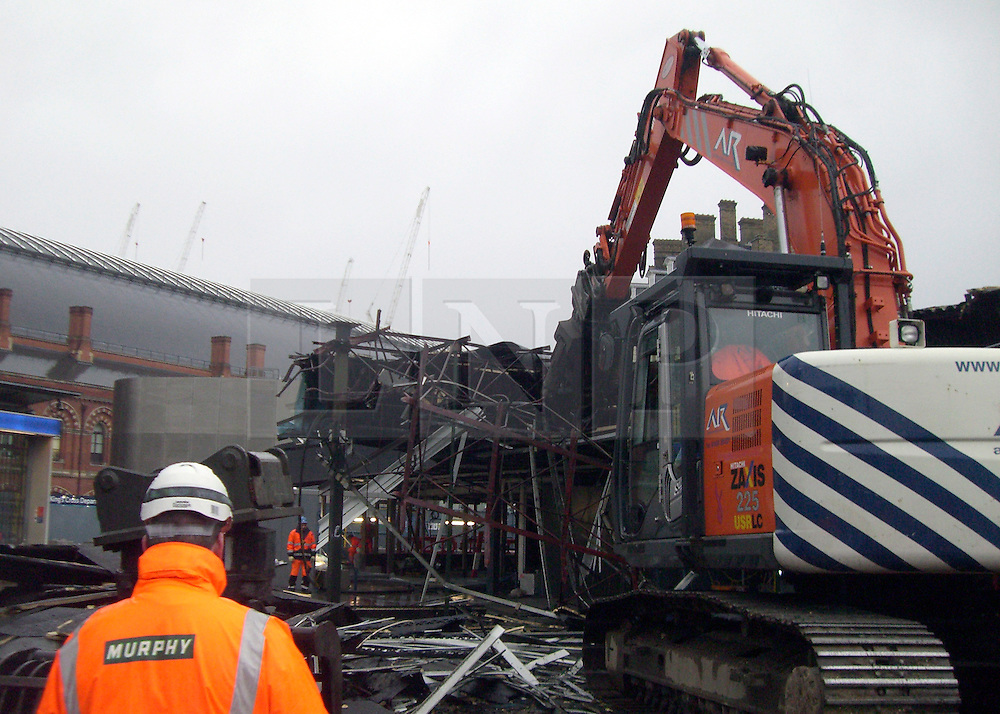