© Licensed to London News Pictures . 26/07/2017 . Oldham , UK . Hostage negotiator in an alleyway adjacent to the scene where an armed siege that began at 3.15am on Tuesday 25th July in a house on Pemberton Way in Shaw , is ongoing in to a second night . A man named locally as Marc Schofield is reported to be holding a woman hostage after earlier releasing two children . The gas supply in the area has been cut off and several neighbouring properties have been evacuated . Photo credit : Joel Goodman/LNP 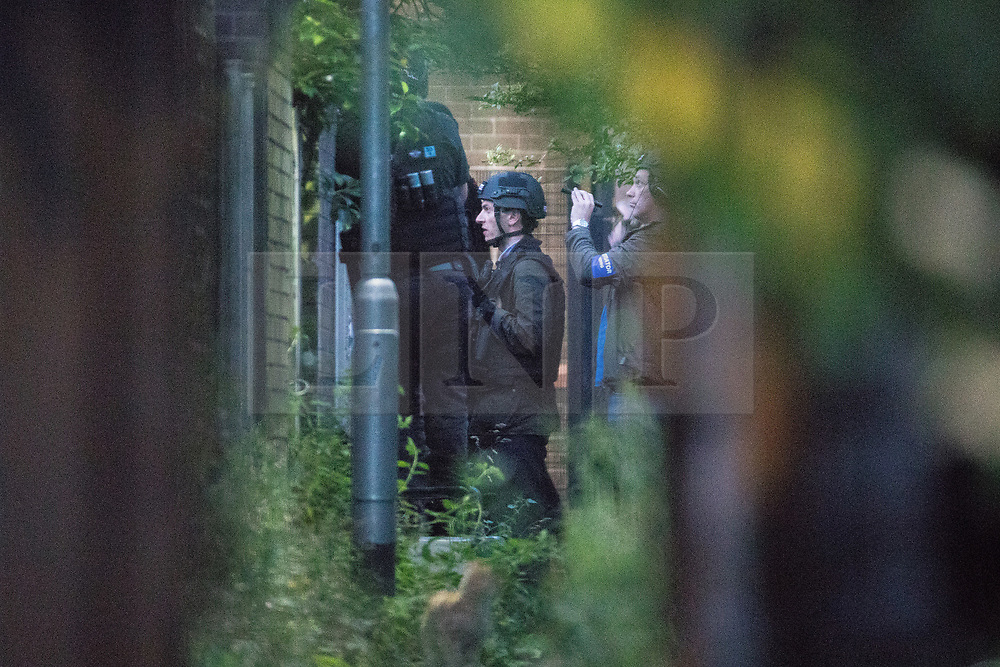