© Licensed to London News Pictures. 02/09/2015. Shoreham, UK. A guitar is left with flowers and photographs in tribute to Daniele Polito on a bridge near the site of the crashed Hawker Hunter fighter jet. The aircraft crashed while performing at the Shoreham air show on August 22, 2015 killing 11 people on the ground. As an inquest into the deaths opened today in nearby Horsham, the name of the last of the victims Graham Mallinson was released. Photo credit: Peter Macdiarmid/LNP 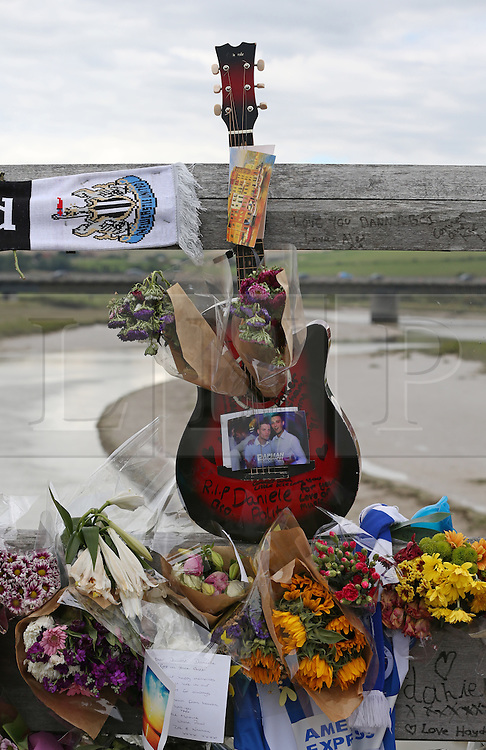