© Licensed to London News Pictures. 20/07/2015. David Barber, The Queen's Swan Marker holds a swan on the riverbank, next to five cygnets. Swan Upping takes place on the River Thames near Windsor, Berkshire, UK. The annual event dates from medieval times, when The Crown claimed ownership of all mute swans which were considered an important food source for banquets and feasts. Today, the cygnets are weighed and measured to obtain estimates of growth rates and the birds are examined for any sign of injury, commonly caused by fishing hook and line. The cygnets are ringed with individual identification numbers by The Queen's Swan Warden, whose role is scientific and non-ceremonial. The Queen's Swan Marker produces an annual report after Swan Upping detailing the number of swans, broods and cygnets counted during the week. Photo credit: Ben Cawthra/LNP 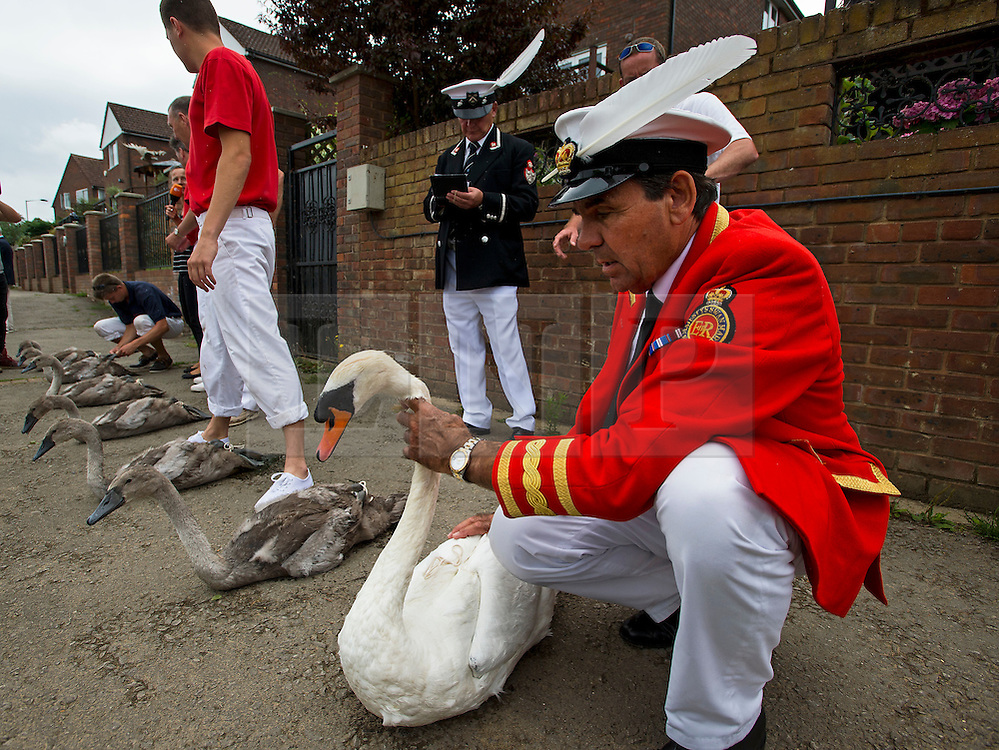