© Licensed to London News Pictures. 06/07/2018. Salisbury, UK. A member of a military specialist team wearing a hazmat suit is seen carrying a walkie talkie or mobile phone in a bag while leaving John Baker House in Salisbury, Wiltshire an area visited by two people who are in critical condition after being exposed to the Novichok nerve agent. Dawn Sturgess, 44, and Charlie Rowley, 45 have been confirmed as having come in to contact with the deadly agent after samples were sent to the MoD's Porton Down laboratory. Former Russian spy Sergei Skripal and his daughter Yulia were poisoned with Novichok nerve agent in nearby Salisbury in March 2018 causing diplomatic tentions between Russia and the UK. Photo credit: Ben Cawthra/LNP 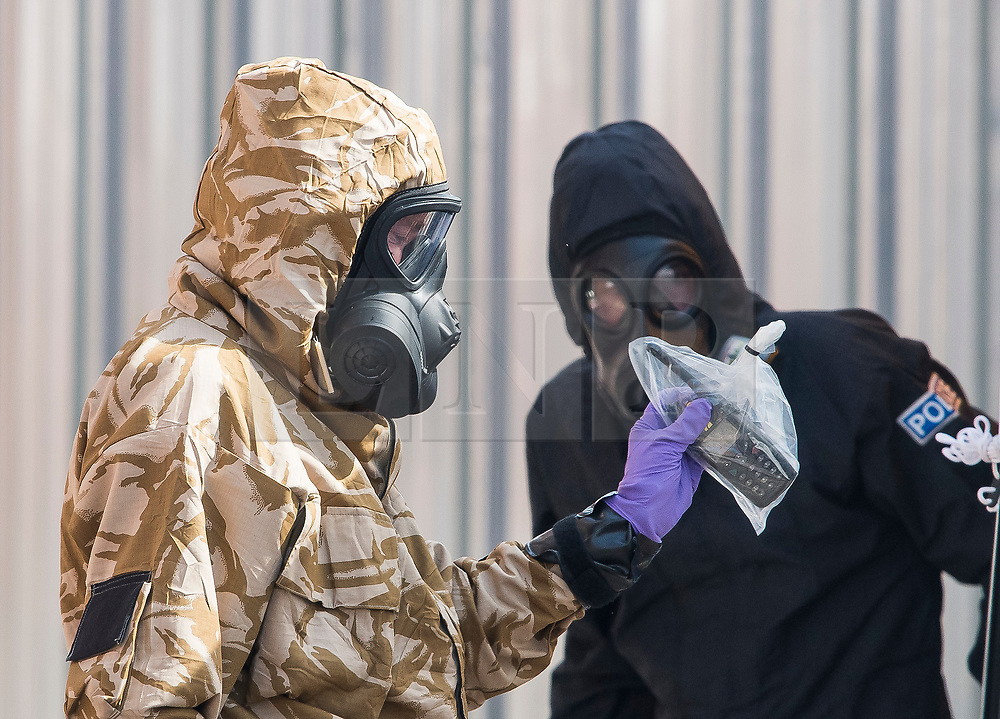