© Licensed to London News Pictures. 16/01/2017. London, UK. A tourist takes picture of the iconic electronic billboards of Piccadilly Circus, which have been switched off for renovations for the longest period of time since the Blitz, as part of a plan to remove the six illuminated advertising boards which overlook the tourist hotspot and replace them with one ultra-high definition curved screen and will be unveiled in the autumn. Photo credit: Tolga Akmen/LNP 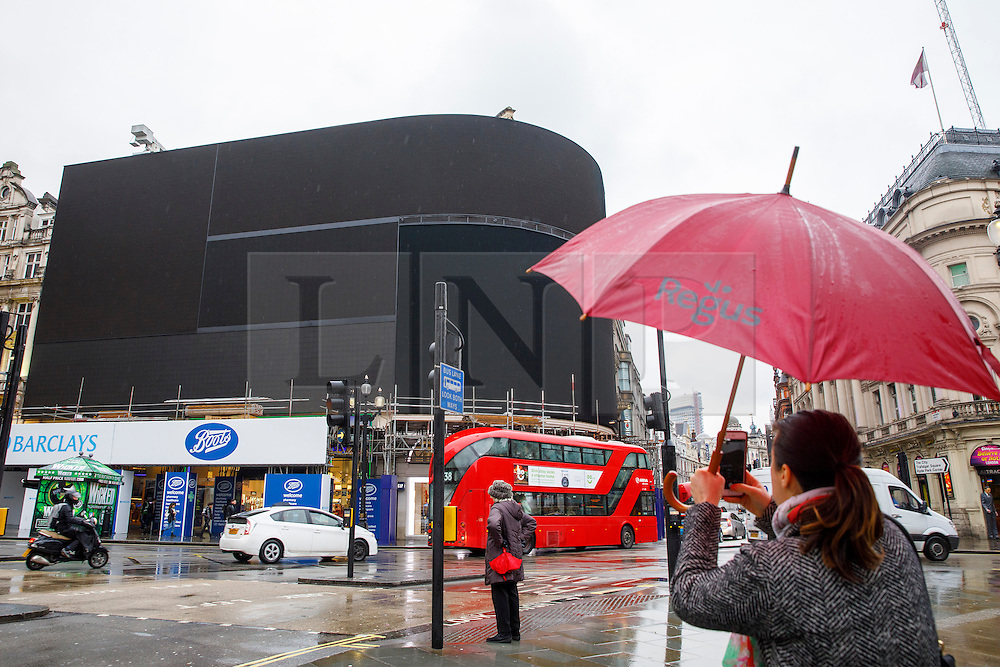