© Licensed to London News Pictures. 10/05/2019. London, UK. Guy Verhofstadt, the EU Parliament’s representative on Brexit and the Leader of the Alliance of Liberals and Democrats for Europe and Leader of Liberal Democrats, Vince Cable and Marc Vlessing a resident in Camden, north London holds the party manifesto during canvassing for the Liberal Democrats European Union election campaign. Britain must hold European Parliament elections on 23rd May 2019 or leave the European Union with no deal on 1st June 2019 after Brexit was delayed until 31st October 2019, as Prime Minister, Theresa May failed to get her Brexit deal approved by Parliament. Photo credit: Dinendra Haria/LNP 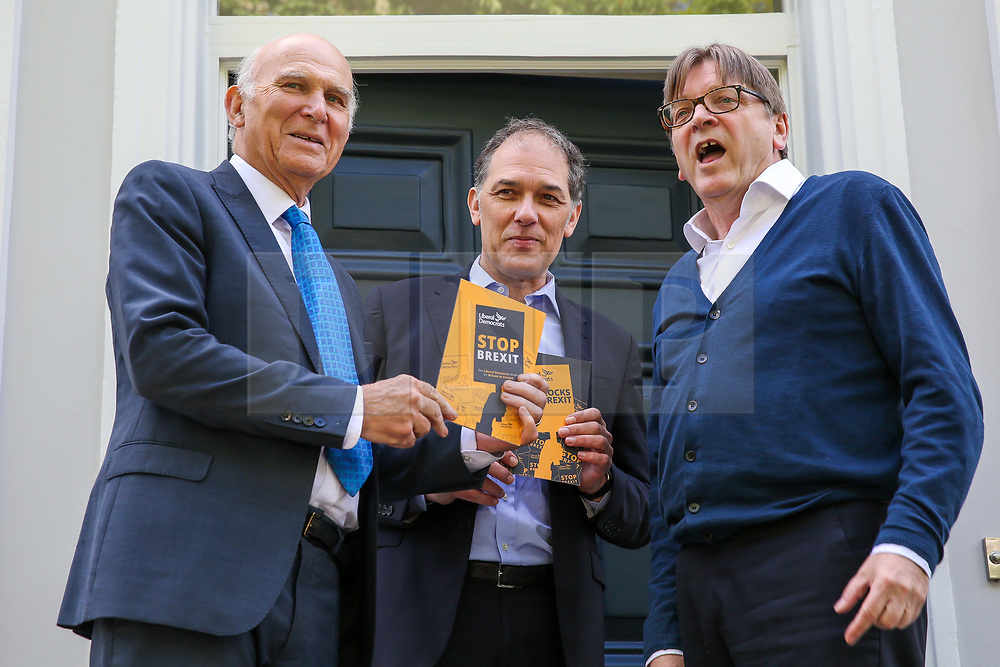